It’s been a while since the last update of this blog. I guess it was more like a vacation from writing and focussing on other things. When blogging became more of a necessity than actual fun, I thought it was a good time to make a full-stop.

With my sundaily gaming group things are going quite well. Quite well? Yes, it’s still improvable especially when it comes to focussing on goals. As a matter of fact this blog entry is for reflection but I hope there are some gamemasters out there who can use this for their personal benefit. 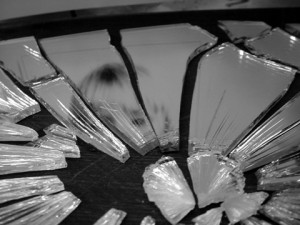 Yesterday’s gaming afternoon started with the usual player’s recap, in my point of view one precious developement to have everyone at the table remember what happened last and since this is done together by all players it really helps to get the feel back where we last stopped. Where did we stop? Well, over time our little gaming group has grown into quite experienced characters in the world. Every character that participated for more than a few evenings has some kind of reputation or title, it isn’t always the best reputation but “there is no badÂ  publicity”, is there?

Beatrix, a phenomenon of selective attention would be a polite way to put it, but Beatrix is playing with all her heart and actively playing one of the most challenging roles as Sanchy Driebusch, assa-Ã¤h thie- I mean – no actually Jack of all Trades, expert dabbler in the arts of disappearance. With Sanchy she is currently playing the character most often played over a period of time and since her shadowy business she is having the most severe complications with it.

Daniela, the most recent addition to our table, she is playing a gnomish bard called Kangya and slowly growing into the footsteps of her bard. She is having the hardest time since she only “knows” Beatrix and learns to know the rest of us.

Martin, with his latest switch from the sword Remtron to the diviner Mediniera some things changed while others never change. He is following his course and staying true to his words and ideas. Not always to the better but always improving.

Roman, after his latest switch from Whurynia Donnerschlag, a cleric of Moradin leading her people up in the north and facing the worst of Duergar, Derro and Drow all at once; to the gnomish druid Kek who still is mourning his long-time companion – the druid has faced some hardships with some of his people (who happened to be Kangya’s people as well) facing masses of orcs and sending the Yurtrus-believers into the next plane.

Thomas the walking rules compendium. Gives his in-depth understanding of the game-world, rules and his thoughtful approach to all things magical (ok, he should know it as “the other one found most-often-in-the-role-of-gamemaster”). He always enjoyed beings close to devils or devils themselves. Pushing concepts from Erinnyes to (alien) eastern Swordsman and currently a beautiful and dangerous black magician, he’s the one regularly ends up a bit left in the rain. [note to self: a lot of improvement potential here].

It might have felt a bit like a hot-seat of late with Beatrix starting as dungeon-master in that area, shortly afterwards Thomas taking the lead into those foreign areas and currently me in charge of the group. Additionally we had more than the usual switch of character and therefore problems focussing on particular (??important??) goals and targets of the group. It’s a reoccuring problem with fluctuation of characters (and / or players) some get left behind. I don’t like that concept but in the role of dungeon master I see less possibilities to have a direct influence on it than as a player/character.

The situation is put easily in a few words. The former member of the adventuring group Remtron, currently only Sanchy and Kek have travelled with him in person, has turned from a saviour into 100% malice and ruthlessness. Stories speak of him responsible for several deaths in the area of Windstein (windstone) and probably even responsible for some of the chaos in the neighboured principality Sturmfels (stormcliff). The destruction of a powerful and mighty vampire in a fort south of Windstein he showed his changed self by leaving the party in magical stasis at the mercy(lessness) of the area. In the passing days or weeks he returned to the ruler of Windstein, took the promised hand of his daughter and drove her into a madness. A lot of really bad stories are told about this and currently hardly anyone knows what is true about it and what it not…

The storylines are manifold:

are these too many options? Should storylines be easier, clearer?

Currently we’re experiencing additionally a severe party split. I don’t know how I feel about it, I like the ongoing events and don’t see the necessity of everpresent “together”, especially when we’re talking about a high-level campaign. On the other hand it tends to be a lot more stuff you need to put in while achieving less participation in some occassions and less positive feelings in your players and that’s – after all – why we play, isn’t it?