In the recent games in which I had the joyful part of dungeon mastering, I’ve had feedback of too many choices, too many opportunities and not enough direct linear goals (milestones) to achieve. Giving this a little thought it turns out to be a very basic necessity for many gaming groups and might be something you want to have a more in depth thought about when designing your games. (As I most likely will from now onwards, depending on my gaming group). 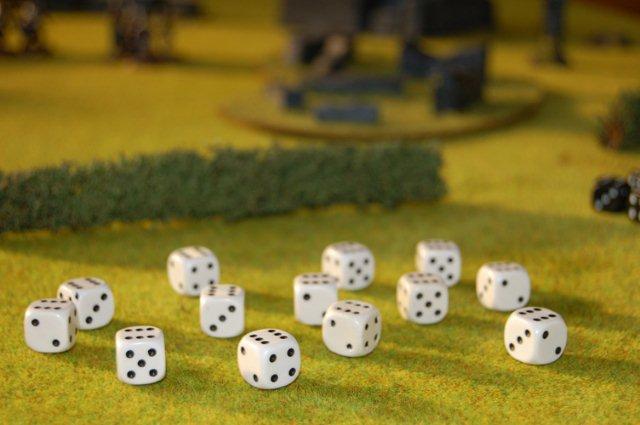 In the process of writing this entry I’ve seen an influence in terms of what you should focus on and this single influencing factor is – your party. The gaming group…

Players that focus on giving your game their unique fingerprint.

Since I consider my style derived more from this category, I’ll describe what I like best and where I see the dangers of this type. Driving players will make sure your game, no matter how little you actually prepared, will hardly ever get boring. They will do their best to integrate their characters into the game and will pick a path they like best – anytime – rely on it. The downsides of drivers are, they might be going straight against your preparations and plans, since they tend to have a good idea where they want to take your whole party, it is usually best to make sure their plans are similiar to yours. I guess a table of drivers will give any DM a hard time, unless he’s really taken some time before play and knows exactly who’s up to what.

Players that are pulled through the game.

Driven like the concept of a more or less linear game. In my view, the more “driven” you are, the more dependant on a general milestone concept you are. The motivations of the characters will be important to you, but you’re more likely to have genuine respect for the common cause than pushing your character wishes and motivations into the game as primary objective for everyone. 100% driven players offer a slight advantage for dm’s who heavily depend on preparation. Driven have no general downsides in my opinion.

As usual you will hardly ever see a driver or a driven, you’ll have 5 players that range from 90%driven:10%driver to 10%driven:90%driver… Your dungeon master style will most likely influence the degree of driver a player will offer to your game and of course the general mix of players and their character concepts will influence that as well.

Differences in Preparation for Linear Work

As you might know, I use a mindmapping (Freemind) for preparation and keeping track of everything – everything starts with Brainstorming and incorporates items, sidestories, characters, encounters, traps, even sounds and style-elements I want to be either reminded on or include in my game.

For a linear game, I currently see mainly the possibility of having a sponsor for the adventure-chapter. The possibilities range from a friendly sponsor who will actually pay for what he needs, to someone in need to someone who forces the party to obey him.

A paying sponsor usually will have least impact on the motivation of your players (according to my experience) and unless there is another connection to her no one will easily face death for a few silver coins. (This is based upon my experience with my players, who tend to care for their characters and put death and coinsÂ  on no scale without second thoughts.)

In need of help

Now we come to deal directly with the character concepts, if you’re having a paladin character in your group, this might be a good way to go for a linear adventure. The possibility for heroic deeds and little reward often is more promising and more motivating than a real fortune.

Forced labor is something very nice to use every now and then when it comes to have the party do a job you don’t want to pay for. Just make sure you don’t stress this too much, since it takes the characters options and while a mostly linear adventure will offer less options and chances to turn than a non-linear would – it still is different from the force of a Geas like spell placed on the characters. Furthermore I’ve to add, when you offer the sight of the enemy while placing this obligation on the party, you’ll have most likely a rebelling (possibly subconscious) movement against this force. I’ve experienced this in the past as Dungeon Master and with one of my favorite characters alike. While you can use this to your advantage, you should not be surprised by this reaction. Characters don’t like to get dominated and therefore will always try to act against their dominators in case they know who they are.

The real difference is, you’ll probably need a bit more preparation and should have a few handy reasons for everyone to follow your lead in terms of adventure progress. I think linear adventures can offer a great time, every out-of-the-box adventure is more or less linear and gives you a good idea where to end it. So it’s really easy to find a proper preparation for the adventure.

2 thoughts on “Linearity of Games”